DO YOU WANT TO KNOW ABOUT THE TOWN AS MUCH AS POSSIBLE?

Make an order of town tour of historical center.

CHOOSE FROM THREE ONE HOUR TOURS.

THE STORY OF THE TOWN ... and you will know the most important things!
In just one hour you will learn about the top tourist offers, current attractions and the milestones in Liptovský Mikuláš´s history.

THE JÁNOŠÍK´S JOURNEY  .... was Jánošík an ordinary bandit or a hero? A controversial figure in Slovak history from the top ten of the opinion poll „The Greatest Slovak“ revealed to the last detail.  THE MIKULÁŠ´S JEWS  ....how did they actually live and what did they leave behind? An intricate fates of educated and talented Jews with business spirit, who significantly influenced the development of the town.

THE STORY OF THE TOWN 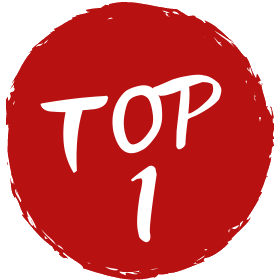 A sightseeing tour around the biggest tourist attractions, with many curiosities from history, present and life of prominent personalities. Combined with photographing impressive landmarks and remarkable details of the historic centre.

Liptovský Mikuláš also had its knights and a princess. And not any, but English princess. How did she get here? And what does Picasso or Einstein have to do with the town? Against whom was the St. Nicholas Church formerly fortified?  What religion were the inhabitants of the town? And what makes their temples unique? Why did the greatest personalities of the Stur´s generation come to Mikulas? Which events made history of Slovakia? And finally, where in the town can you crawl into a bear's lair?

An hour of pleasant exploration in the peaceful atmosphere of the streets of the historic centre, which is a monument zone. You will hear the fascinating story of the town and its famous personalities at 11 stops among architectural and historical monuments, former burgher houses and modern elements that complete the uniqueness of this space. At the same time, you will have plenty of time to take photos. 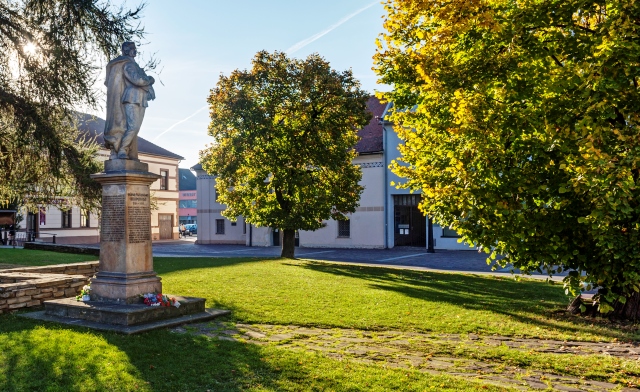 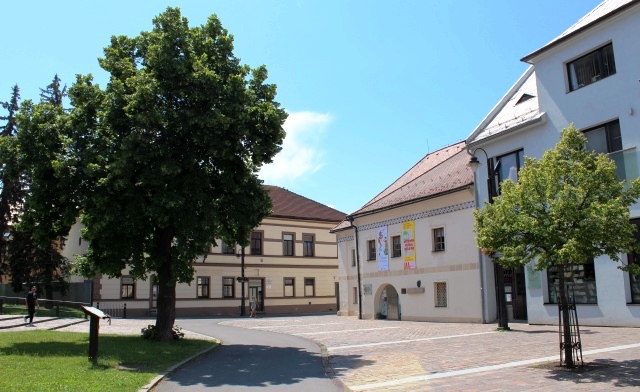 You will take away memories in the form of great photos that you can take during the tour. You will definitely not miss the majestic landmarks. However, the tourist guide will point out details that could escape your attention. Don't forget to show off your photos on social networks. 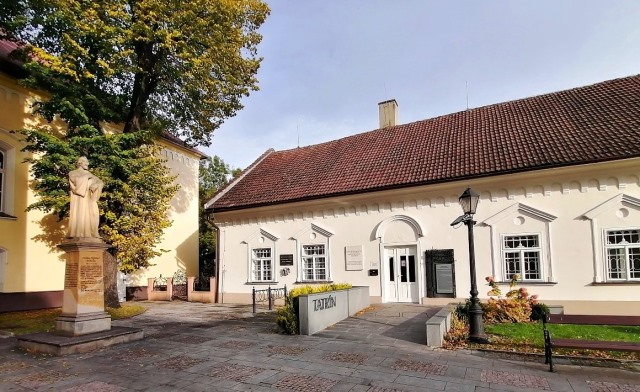 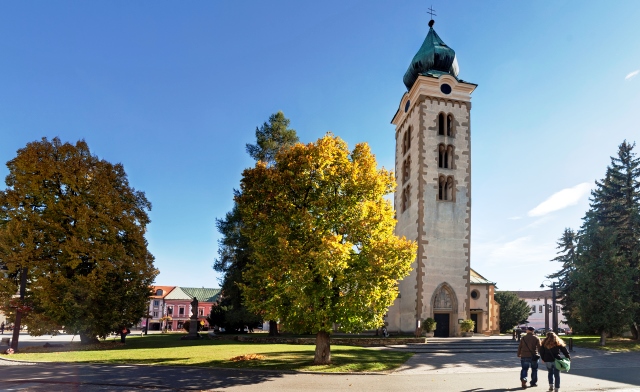 WHAT DID THE STORY OF THE TOWN PARTICIPANTS SAY?

Elena, Žiar nad Hronom: „A really nice walk through the historic centre and the town history. I liked that the guide added information from the present too. I already know that next time I will visit the Liptov Gallery and the Museum of Nature Protection and Speleology. “

Ivan, Prešov: „I only went sightseeing to make my wife happy. In the end, the interpretation was so interesting that the hour passed quickly. And I also managed to take nice photos. “

Ján, Žilina: „I was surprised by the amount of curiosities in such a small place. Churches, museums, galleries, statues, etc.“

MAP THE STORY OF THE TOWN

minimum payment 25 €
children under 6 for free- children do not count towards the amount of people in a group
We offer a guide service in Slovak and English (the price is the same for both language versions).

Have you completed The Story of the Town? Share your memories! Please, write here. 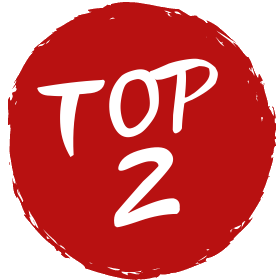 A sightseeing tour in the footsteps of the immortal bandit captain Juraj Jánošík, who was tried, tortured and finally executed in Liptovský Mikuláš!

How did an ordinary bandit become a legend comparable to the famous Robin Hood? Who lured Jánošík to be a bandit, even though he knew very well that banditry was considered a serious crime? And why was only 25-year-old Jánošík pierced by a hook through his rib on the gallows in Liptovský Mikuláš, when he was robbing almost all over Slovakia? And what role did Countess von Schardon play in his story? Come and hear for yourself from the mouth of a guide, from whom you will learn much more.

A big reveal of the myths and facts of Jánošík´s dramatic life during an hour-long sightseeing tour with 7 stops in the historic centre. You will visit the places where his fate was decided. The tour´s culmination is a visit to the Jánošík´s Torture Chamber and Courtroom. In the torture chamber you will see terrifying torture instruments. The brave can also try the „dereš“! (eng. a rack) 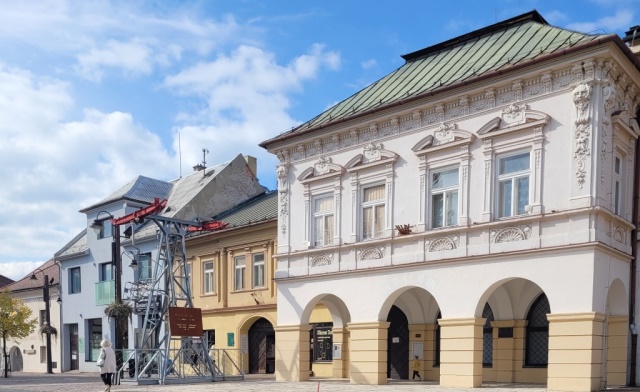 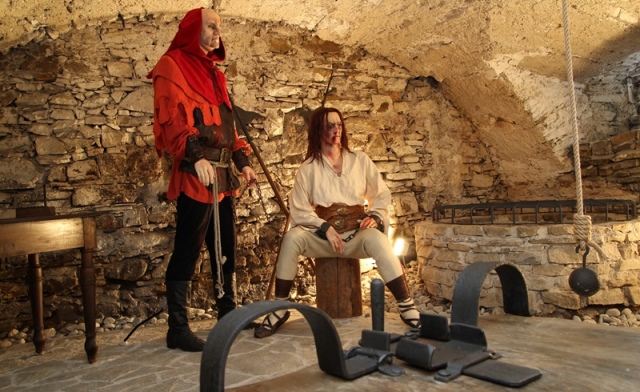 Put on historical costumes in the authentic premises of the courtroom and you can pass judgment on Jánošík in the atmosphere of the courts of that time. It is only up to you, what it will be. 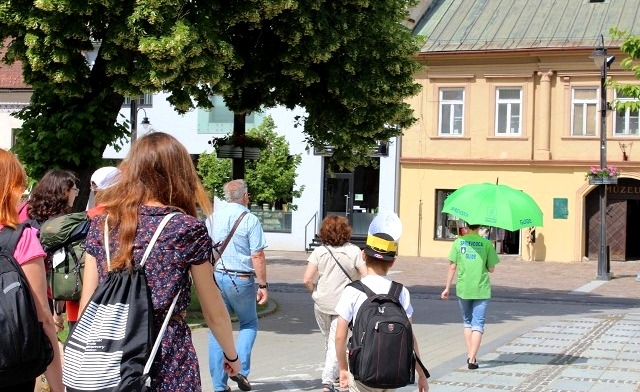 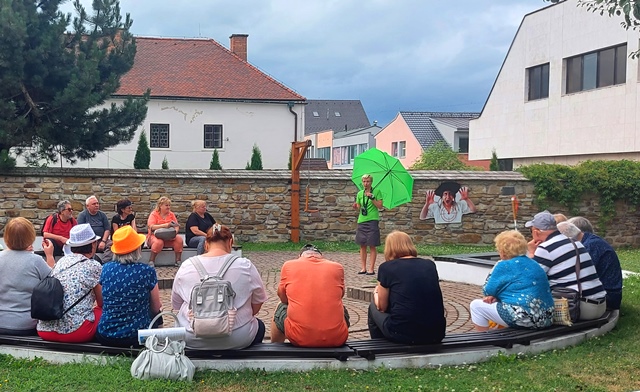 With guided tours you get free entrance to the Jánošík´s Torture Chamber and Courtroom! In addition to that, you can take great photos in premises that you will not find anywhere else in Slovakia. And of course, you will get an unforgettable experience.

WHAT DID THE JÁNOŠÍK´S JOURNEY PARTICIPANTS SAY?

Zuzana: "Letting myself be bound on the „dereš“ (rack) was a strange feeling. Fortunately, tongue-pulling pliers were not be tried on me! They looked really scary; the whole torture chamber was threatening. But the guide made it fun.“
Peter: „It was great to put on costumes in the courtroom. We have a fantastic picture.“
Anna: „If Jánošík had not gone to the execution, he would have had the same nice walk through Liptovský Mikuláš as us. The guide provided us with a lot of interesting information from that time. She also added a legend that I have never heard before.“

minimum payment 29 €
children under 6 for free - children do not count towards the amount of people in a group
We offer a guide service in Slovak and English (the price is the same for both language versions).

Have you completed The Jánošík´s Journey? Share your memories! Please, write here. 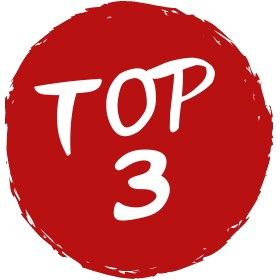 A sightseeing tour of the captivating destinies of personalities of an important community, which co-created the town´s history for more than two centuries.

The first Jewish families came to Mikuláš around 1720. From where did they come and who invited them? And how did the Jews help the town´s economic prosperity? Where did their educated and prospective members assert themselves? The continuity of viable generations was broken by World War II and the Holocaust. At that time, even ordinary people became heroes. Like the evangelical priest Vladimír Kuna, who saved 26 Jewish children. And what about Jewish student Margita Schwalb, who was rescuing people right in the concentration camp? How did the future of the Jewish community develop? 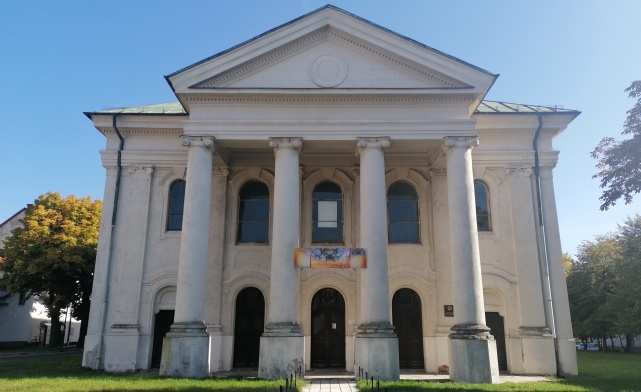 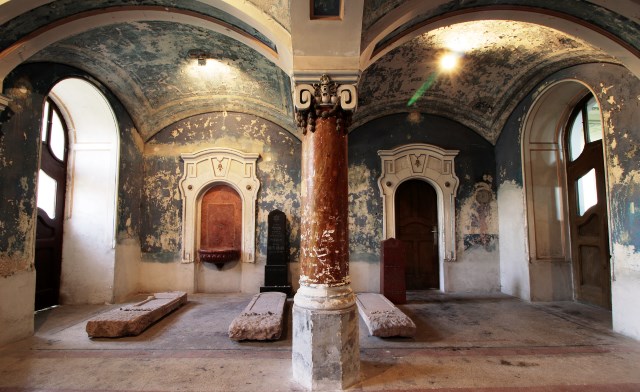 You´ll hear stories of courage and love of neighbour, but also of the talent and entrepreneurial success of local Jewish families. They will come to life with a tourist guide, who will narrate them in the historic centre of the town, just in the sites where they actually took place. The guide´s narration will be enhanced by a visit to the impressive and magnificent synagogue, which has remained in the town as an exclamation point of history.

With a guided tour, you will get free admission to the Mikuláš´s Synagogue, which stands out not only for its size, but also for its beautiful Art Nouveau blue-gold stucco decoration.

WHAT DID THE MIKULÁŠ´S JEWS PARTICIPANTS SAY?

Monika, Liptovský Mikuláš: „Although I live in Liptovský Mikuláš and often visit the historical centre, I have not heard of the majority of the Jewish population in the town. Really interesting, I highly recommend.“

Andrej, Trenčín: „I found the story of Samuel Fischer very interesting. He established the Fischer Verlag publishing house which has been working until today.“

Betáta, Košice: „A visit to the synagogue was the best for me. The guide certainly did not use the words "majestic, magnificent" unnecessarily. It really is. “

minimum payment 29 €
children under 6 for free - children do not count towards the amount of people in a group
We offer a guide service in Slovak and English (the price is the same for both language versions).

No one introduces you to the town as perfectly and well-experienced as the local tourist guides of the INFORMATION CENTRE. 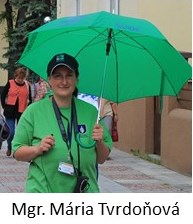